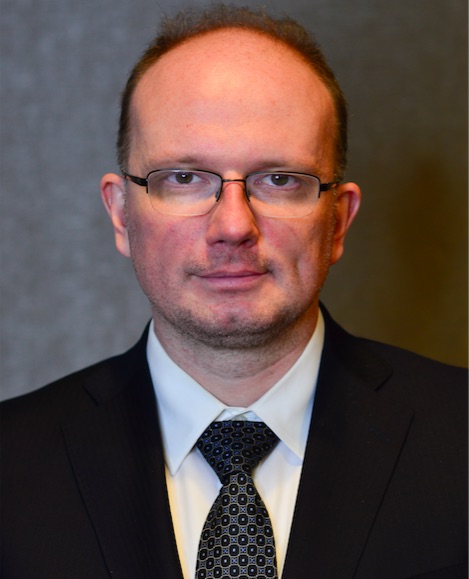 Research Fellow, The University of Melbourne

What role does electoral fraud play in nondemocracies? In this paper, we offer an empirical test of a popular idea that authoritarian governments use elections to engineer overwhelming victories with electoral fraud thus deterring potential opposition from challenging the regime. Using the data from the Russian Parliamentary elections in 2011 and a regionally representative public opinion survey, we find that the geographical allocation of electoral manipulation was the opposite of what the theory would imply: more manipulation happened in the areas where the regime was more popular. We also find that higher margins of victory for a pro-regime party failed to deter subsequent mass protests. We argue that these empirical patterns could be better explained by other mechanisms, such as Bayesian persuasion, efficient allocation, and information gathering.

The Safest Time To Fly: Pandemic Response in the Era of Fox News (with Michael Poyker and Yuan Tian), Journal of Population Economics, April, 2021, Pages 775-802.

We document a causal effect of conservative Fox News Channel in the United States on physical distancing during COVID-19 pandemic. We measure county-level mobility covering all U.S. states and District of Columbia produced by GPS pings to 15-1 million smartphones and zip-code-level mobility using Facebook location data. Then, using the historical position of Fox News Channel in the cable lineup as the source of exogenous variation, we show that increased exposure to Fox News led to a smaller reduction in distance traveled and smaller increase in the probability to stay home after the national emergency declaration in the United States. Our results show that slanted media can have a harmful effect on containment efforts during a pandemic by affecting people’s behaviour.

We argue that colonial Christian missions had a long-term impact on anti-gay attitudes in Africa. We use a geo-coded representative survey of African countries and the location of historical Christian missions to estimate a significant and economically meaningful association between proximity to historical missions and anti-gay sentiments today. Using anthropological data on pre-colonial acceptance of homosexual practices among indigenous groups, we show that the establishment of missions, while nonrandom, was exogenous to pre-existing same-sex patterns among indigenous population. The estimated effect is driven by persons of Christian faith and statistically indistinguishable from zero on samples of Muslims, nonbelievers, and followers of traditional indigenous religions. Thus, we argue that our results are indicative of a causal effect of missionary religious conversion to Christianity.

This paper draws on a natural experiment to identify the relationship between income and trust. We use a unique panel dataset on Russia where GDP experienced an 8 percent drop in 2009. The effect of the crisis had been very uneven among Russian regions because of their differences in industrial structure inherited from the Soviet period. We find that the regions that specialize in producing capital goods, as well as those depending on oil and gas, had a more substantial income decline during the crisis. The variation in the industrial structure allows creating an instrument for the change in income. After instrumenting average regional income, we find that the effect of income on generalized social trust (the share of respondents saying that most people can be trusted) is statistically and economically significant. Controlling for conventional determinants of trust, we show that 10 percent decrease in income is associated with 5 percentage point decrease in trust. Given that the average level of trust in Russia is 25%, this magnitude is substantial. We also find that post-crisis economic recovery did not restore pre-crisis trust level. Trust recovered only in those regions where the 2009 decline in trust was small. In the regions with the large decline in trust during the crisis, trust in 2014 was still 10 percentage points below its pre-crisis level.

Multinational firms often shift their incomes to low-tax jurisdictions, thus robbing host states of tax revenue. I offer a new theory to explain why some firms do this while others do not. I argue that firms that are more vulnerable to government expropriation are, counterintuitively, less likely to shift income offshore, since complying fully with tax law gives the government a greater stake in their survival. Analyzing a registry-based panel data on multinational firms, their tax burdens, and a cross-sectional information of the firms’ connections to tax havens, l find that, other things equal, firms with more concentrated fixed assets are less likely to use havens. These results challenge existing theories of the political economy of development. Whereas the “Pillars of Prosperity” theory suggests that successful states simultaneously develop protection of property rights and fiscal capacity, my results show that perfect property rights protection can actually undermine the state’s ability to tax. In a world of frictionless international capital flows, some level of expropriation risk may be necessary to prevent a fiscal crisis due to evasion.

We develop a theory of information flows and political regime change assuming that citizens can use new information and communication technologies (ICTs) for both the information acquisition and protest coordination. The government, in turn, can respond by using censorship in two conceptually different forms: content censorship, or obfuscation, and coordination censorship, or restricting access to ICTs used for coordination. Our theory predicts that, first, introduction of new communication technologies lowers the probability of regime survival, but this effect is weaker in economies that do not rely heavily on ICTs for production. Second, we expect less competent governments to be more likely to use coordination censorship, though this effect is weaker in economies that use ICTs extensively. Third, content censorship is used by the intermediate types of governments. Fourth, both types of censorship are less likely if the costs of protests are higher. We empirically study the patterns of occurrence of DDoS attacks and VPN usage to test the predictions of the model. We find that, consistent with the model, DDoS attacks are used more often if our proxy for regime instability is high, and this effect is stronger in economies that are less dependent on ICTs. We also find that there are fewer DDoS attacks and fewer new VPN subscribers in periods when our proxy for the cost of protests is high. half of their standard deviation thus corroborating Information Theory.

Identity and Conflict: Evidence from Tuareg Rebellion in Mali (with Michael Poyker)

We demonstrate that civil conflict erodes self-identification with a nation-state even among nonrebellious ethnic groups. We model the choice of loyalty (national or ethnic) as a coordination game with strategic complementarities and show how the instances of political instability can break up that coordination and impede nation-building. We perform difference-indifferences estimation using Afrobarometer data. Using the onset of Tuareg-led insurgency in Mali caused by the demise of the Libyan leader Muammar al-Gaddafi as an exogenous shock to state capacity, we find that an instance of civil conflict in a neighbouring region decreases residents’ national identification by 26.7 percentage-points. The effect is greater on people who are more exposed to local media.

Inside the Kremlin: The Presidency and Executive Branch